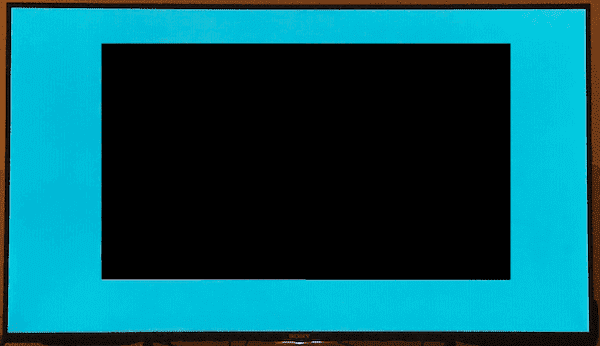 Black screen with a white border

I could determine that the tape-recorder was ‘working’ or at least pressing the fast-forward, rewind or play buttons resulted in the expected behavior. However when a tape was inserted it wasn’t turning smoothly.

Using information found on the page Reparacion Spectrum the issue might be related to some bad memory chips.

Next to the technical issues the case and keyboard were very dirty. Also there was one rubber foot missing.

Based on my first inspection I ordered some replacement parts 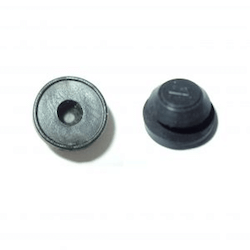 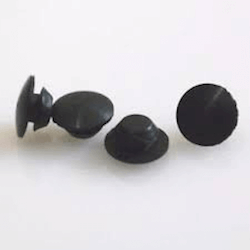 Maybe when I find a set more reasonably priced I will put a set original ones one it, but for now these will have to do.

In this model (ZX Spectrum 128 +2B Issue 4 Motherboard) the RAM chips (IC3 - IC6) are already mounted in sockets. This makes replacing the RAM chips a lot easier, no need to bring out the soldering iron just yet.

First I replaced the RAM chips in IC3 and IC4. Booting the machine backup gave the following result. A slight improvement but still not a working machine. 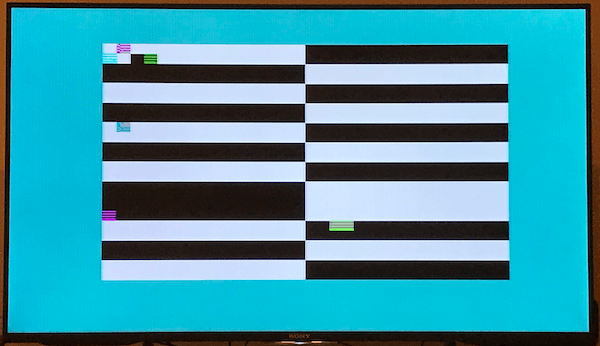 After replacing IC3 and IC4

After replacing the IC5 and IC6 as well the machine boots up as expected. 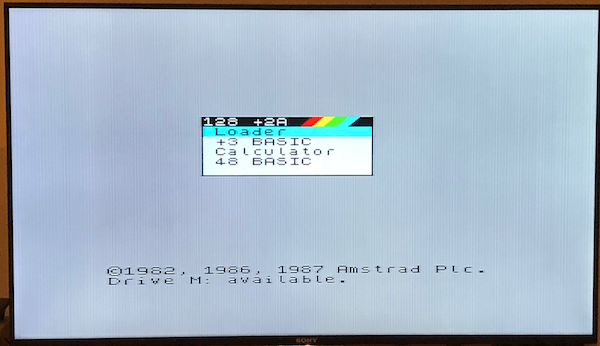 I was a little surprised to see “+2A” noted in the menu instead of “+2B” as is stated on the back of the case of the machine.

Back of the case showing +2B

Now the machine is booting up I noticed that keyboard (none of the keys) are responding.

I had a spare keyboard available so this was a quick fix (also this one was quite dirty, so still need to do some cleaning…) I will refurbish the none-working keyboard later, never know when it will come in handy.

Both the edge extender connector and the printer connector appeared to the a bit corroded. Nothing a little bit of Isopropyl alcohol can’t fix. 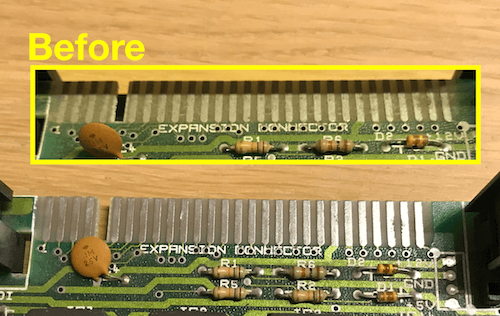 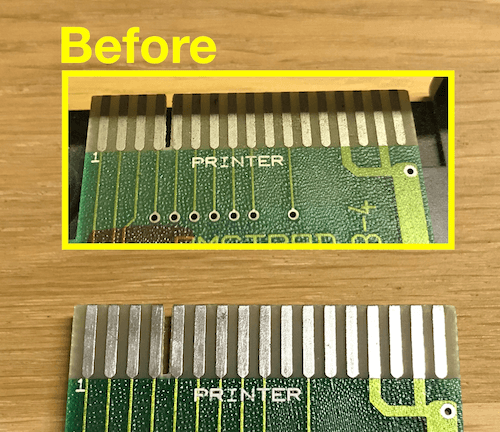 With the edge connectors cleaned up it will be safe to connect peripherals to the ZX Spectrum.

The first attempt of loading a game tape failed with a dreaded Tape Loading error, which was to be expected (I already had noticed that the tape deck was not turning consistently).

After replacing the tape drive belt with the one I had already ordered (and cleaning the recorder heads with some isopropyl alcohol) tapes could be loaded without any issues.

While loading tapes or game playing sound there is a lot of static. Even pressing down on the case causes some crackling to occur. After some reading up to repairs for the +2A/+2B models (see Sinclair ZX Spectrum +2A and +2B at DataServe Retro) I found out that this might be caused by bad solder joints on the PCB located at the tape deck. After resoldering the joints highlighted in the image above the sound was much clearer and the static was gone.

Cleaning the case and painting the logos

The case of the machine is extremely dirty Had to spent quite some time cleaning the case both on the inside and on the outside. Cleaning the outside of the case caused some of the paint to disappear from the logos so I had to do a bit of repainting as well. I am pleased with the final result 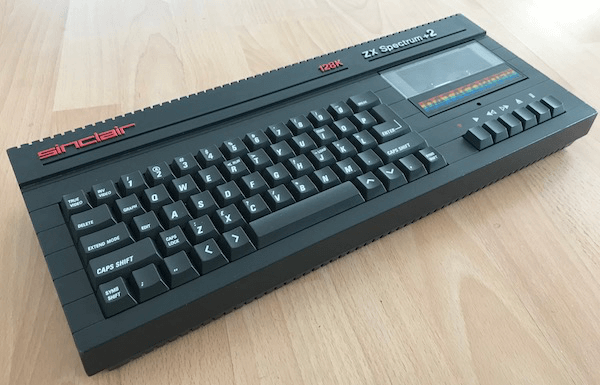 Still do be done…

What still needs to be tested are the two joystick ports. These are to be used with Sinclair joysticks, but I only have access to some Atari(/Kempston) joysticks. I found some information on how to ‘convert’ the pins from Atari joystick to a Sinclair joystick. Don’t have parts available to make this converter, so this will have to wait for another time…

Fixing some ZX Spectrum Joystick Interfaces On eBay I bought a set of four untested (which usually means broken) joystick interfaces for the ZX Spectrum, based on the pictures provided they
This blog is powered by Blot